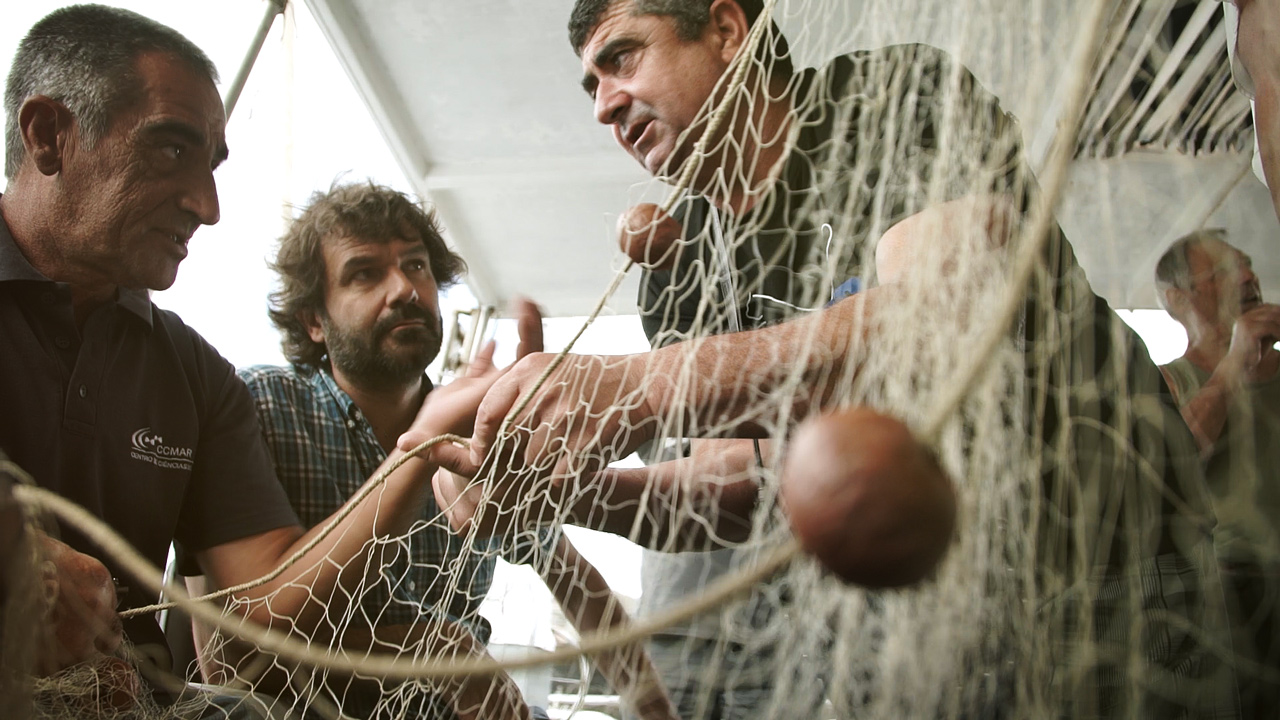 WWF organises meetings in the field (one per year) tailored to the exchange of experiences between fishers who are participating in the project.

The first of these workshops /exchanges took place from 28-30 July 2015 in Viareggio, Italy, on the selectivity of trammel fishing operations. Ten small-scale fishers attended, as well as scientists, WWF staff and a representative from a fishermen’s association. Areas represented included Tuscany, the Algarve, Catalonia and the Balearic Islands.

Participants studied the Selvedge technique – known locally as greca. It is customarily used in prawn fishery (“mazzancolla”, Penaeus kerathurus) to avoid the capture of crabs (Liocarnus vernalis) in shallow, sandy fishing grounds. It consists of a narrow strip of enmeshing net (typically 30 cm) sewn to the bottom of the trammel net, which somehow “lifts up” the gear, making it more difficult for demersal crabs to get caught in the net.

The technique works effectively only under good weather conditions, and as long as target species are not of the demersal type remaining very close to the sea floor (like sole for example), as it would strongly reduce their capture. Besides crabs, the greca can also reduce the by-catch of juvenile fish of some species. Overall, the use of greca significantly reduces the quantity of target species caught, but fishers think it is a good trade-off because it spares the nuisance of having to disentangle crabs from the net.