Fishermen in Italy, Catalonia and elsewhere in the Mediterranean have been using a simple net modification to greatly reduce by-catch. The MINOUW project has been studying its effectiveness and bringing them together with their peers to share their knowledge and experience.

Trammel nets are used throughout Europe to catch a wide variety of marine species that inhabit the seabed or live in close relation to it. They are used to catch a huge variety of high-value marine organisms, such as coastal finfish, cuttlefish, or prawns, a good source of income for fisherman.

Unwanted by-catch is produced when the net is set for long periods. Crabs or other invertebrates climb the net to prey on the entangled catch, rendering it valueless.

“We’ve been using this type of fishery for almost 20 years, with great results… we have reduced discards by 50% compared with before”

A tried and tested technique for reducing discards

Fishermen in Viareggio, Italy, have addressed this problem by the addition of a small piece of net, called ‘the selvedge’ to the bottom of their nets. The selvedge doesn’t catch fish, but stops non-target species such as crabs climbing up to prey on fish that have already been caught.

Studies show that using trammel nets with selvedge added reduces discards by 40%. It also increases the profitability of the fisheries because of reduced sorting time and less damage to the nets.

Used throughout the Mediterranean

MINOUW has been assessing the impact of this technique and sharing information about it with other fisheries in the Mediterranean. We discovered it is also being used in Catalunya, but with slightly different netting. The technique evolved in both areas quite separately, and might well be used in other areas not yet identified.

The project has helped to make the technique more well known among fishermen through peer-to-peer workshops. The first of these exchanges took place in July 2015 in Viareggio, Italy. 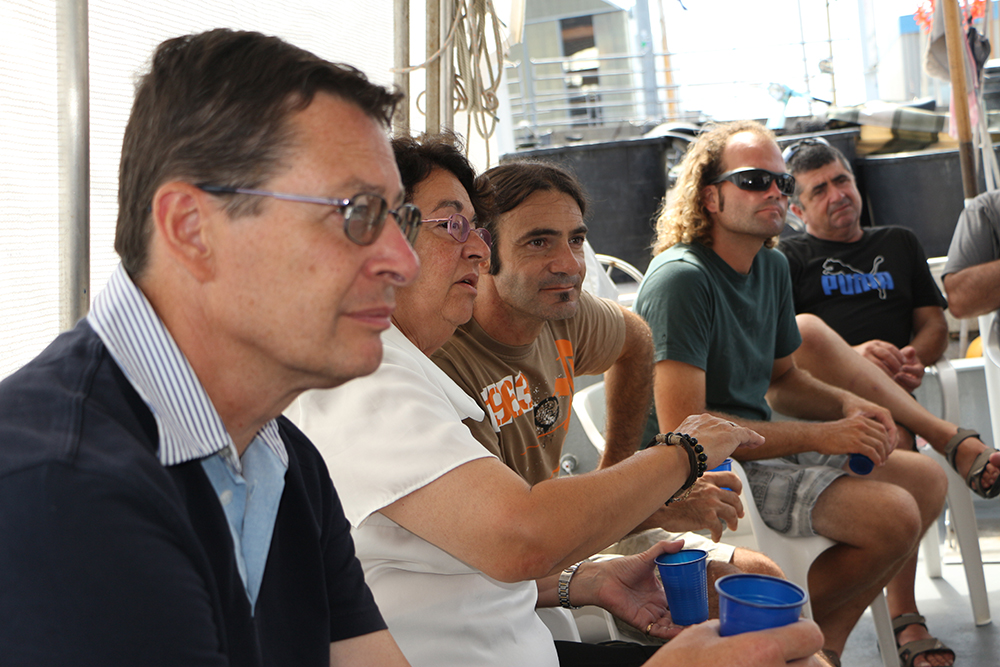 Ten small-scale fishers attended, as well as scientists, WWF staff and a representative from a fishermen’s association. Those attending represented areas such as Tuscany, the Algarve, Catalonia and the Balearic Islands.

The addition of selvedge to trammel nets is a simple, practical and cost effective solution that reduces by-catch and which has been used for many years. Wider use of the technique could bring similar benefits to other trammel net fisheries in the Mediterranean.